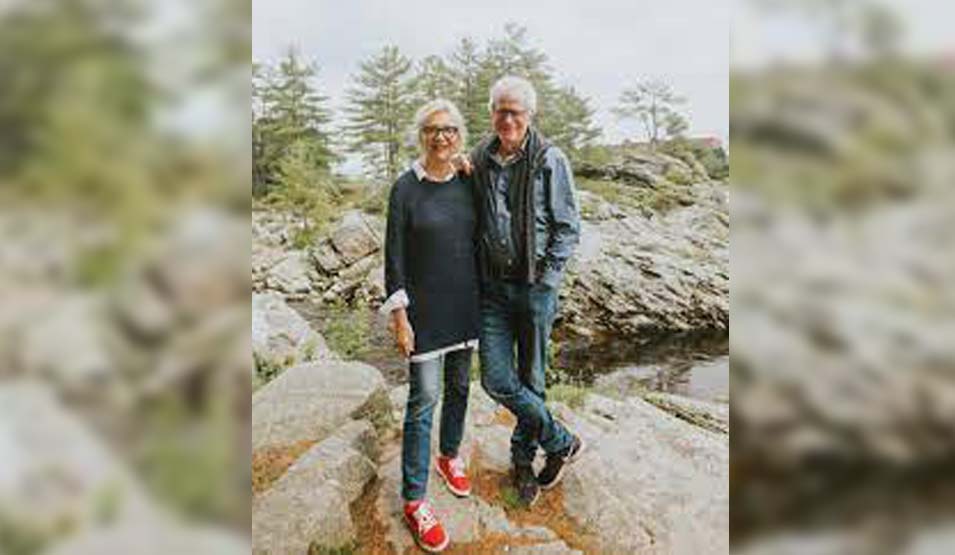 Services in northern Maine for individuals experiencing homelessness to secure housing, employment and other supports have received a boost at a most critical time thanks to commitment of up to $50,000 from a prominent Maine couple. A generous initial gift of $25,000 has been made. The couple has pledged a match of 25,000, if the Arosotook County Community can collectively raise $25,000.
Acclaimed Pulitzer Prize winning novelist and author Elizabeth Strout, and her husband, former Maine Attorney General James Tierney of Brunswick, have generously donated the funds to Aroostook County Action Program to support the non-profit organization and region-wide efforts to assist the homeless.

Just last month, the Aroostook County Homeless Stakeholder Group, convened by ACAP, and faced with an alarming increase in the number of individuals experiencing homelessness, declared the situation a “crisis,” and are in the process of implementing emergency measures. The Stakeholder group is comprised of social service agencies, healthcare organizations, public safety officers, faith-based community leaders, housing officials, among others.

“We could not be more grateful to Ms. Strout and former Attorney General and State Representative Tierney for their generosity. These funds are greatly needed and will go directly toward our collaborative efforts to support the over 100 individuals currently experiencing homelessness across The County,” said Sherry Locke, ACAP Director of Advancement and communication lead for the Aroostook County Homeless Stakeholder Group. “In the few weeks since we called attention to the severity of this situation with homelessness in The County, we have received support from throughout the region, state and beyond. This incredibly generous gift will fill gaps and ensure that the immediate needs are met as we work collaboratively to address this crisis.”

A Maine native, Strout was born and raised in the Portland area. She is widely known for her fiction work, including award winning titles, Oh, William (2021), Anything is Possible (2017), My Name is Lucy Barton (2016), The Burgess Boys (2013), Olive Kitteridge (2008) and the sequel Olive Again (2019), Abide with Me (2006), and Amy and Isabelle (1998). Olive Kitteridge won critical and commercial success with over one million copies sold. The novel won the 2009 Pulitzer Prize for Fiction and the book was adapted into a multi Emmy Award-winning mini-series, and became a New York Times bestseller.

Tierney, a lecturer at Harvard Law School, served as Maine’s Attorney General from 1980 through 1990, and as a Representative in the Maine Legislature for the eight years prior. He was the Democratic Candidate for Maine Governor in 1986 and played an active role in the National Association of Attorneys General. Since 1990, Tierney has instructed newly elected state attorneys general nationally on the effective performance of their office and consulted for numerous offices of attorneys general on a host of issues. Additionally, Tierney has served as a Special Prosecutor in Florida, Pennsylvania, Minnesota and Vermont, and has been a regular commentator on Court TV since its founding in 1991. He has advised officials in Eastern Europe’s emerging democracies and supervised national elections in Bulgaria, Cameroon, Croatia and Albania.

It was Tierney’s friend, and his successor as Maine Attorney General, former State Senator Michael Carpenter of Houlton, who helped connect him with ACAP, after he reached out indicating that he and his wife wanted to help support efforts to assist individuals experiencing homelessness in Maine’s northernmost region.

Other individuals, businesses and organizations are encouraged to join in meeting the community needs around homelessness in Aroostook County. Ms. Strout and Mr. Tierney have pledged another $25,000 match to encourage others in our community to support this critical work. If the full match is met, this would mean support of $75,000 for these local efforts. Donations can be directed to Sherry Locke at ACAP at slocke@acap-me.org or by calling 207- 554-4130. Monetary donations can also be made on-line at www.acap-me.org/getinvolved/donate/.

Other ways people can give of their time or talent are listed below: 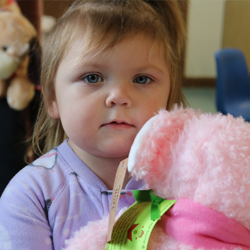 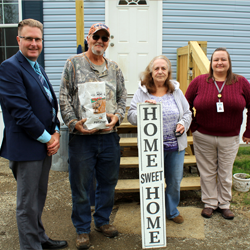 Partnership between ACAP and the Maine Dept. of Economic and Community Development results in a new mobile home for a County Family 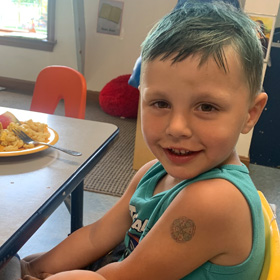 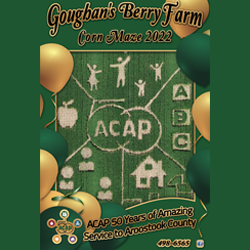